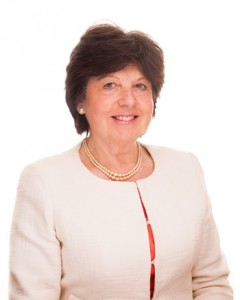 One of Surrey’s leading firms of business recovery and insolvency specialists Gibson Hewitt have said that the latest inflation figures could place greater pressure on consumer spending.

The latest figures from the Office for National Statistics show that inflation, as measured by the consumer price index, reach a near four-year high of 2.9 per cent in May, above the Bank of England’s forecast 2.8 per cent by the end of the year.

Reacting to the new figures, Gibson Hewitt has said that rising prices in certain essential sectors, such as food and electricity, meant that consumer spending was likely to slow down, which would mean that many businesses may find themselves in financial distress either as a direct result of having fewer customers or indirectly from suppliers cutting orders.

Lynn Gibson, Director at Gibson Hewitt, said: “In recent months inflation has begun to rise and people are seeing day-to-day prices on food and clothing increase, meanwhile wages are stagnating with much weaker growth of just 2.1 per cent, which means that people are effectively worse off in real-terms.

“It is likely that in response many people will begin to tighten their belts, which may mean that some businesses, particularly those that rely upon expendable income, will see a decline in trade.”

With Brexit and the uncertainty of the recent general election continuing to drive down the value of sterling, Lynn believes that inflation is likely to continue to increase in the short-term.

“Alongside the business concerns comes fears about a sudden rise in interest rates from the Bank of England, which pledged to consider a rate rise once inflation went above their 2 per cent target,” said Lynn.

“Thankfully the Bank hasn’t conducted this rise, but if it does then many people and businesses with unsecured debts could see their repayments increase, which could lead to an increase in insolvencies.”