One of Surrey’s leading business recovery specialists Gibson Hewitt has raised money for Woking & Sam Beare Hospice – the firm’s chosen charity of the year – with a bake sale.

Staff and local businesses wetted their appetites at the sale, which was held at the firm’s office in Pyrford Road, West Byfleet, and managed to raise £81.30 for the charity’s New Build Appeal.

It was revealed earlier this year that the Sam Beare Hospice in Weybridge would unfortunately have to close down, prompting the charity to launch its appeal for £3.1 million of funding to support its new hospice in Woking.

During the sale, the team at Gibson Hewitt also handed out brick-a-brac bags from Woking & Sam Beare to support hospice’s fundraising efforts.

Lynn Gibson, Managing Director at Gibson Hewitt, said: “When we learned about what was happening to Woking & Sam Beare Hospice’s site in Weybridge we were very concerned and we instantly knew that we wanted to lend our assistance in whatever way we could.

“Our successful bake sale is the first event we have held during our year of fundraising for this wonderful cause, but we have a number of ideas up our sleeve to raise money for the fund, which still has £1.9 million to go until it reaches its target.”

Gibson Hewitt’s future fundraising events will include Insolvency Administrator Glyn Richards participation in the Tough Mudder challenge in May 2017 at Henley on Thames. 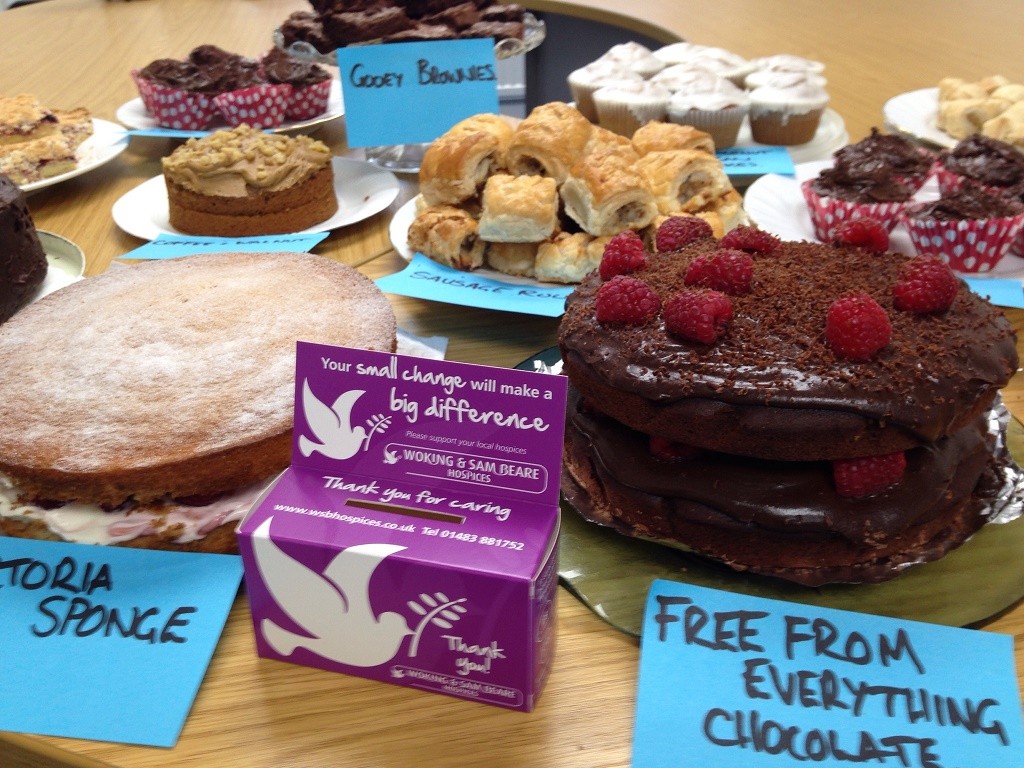